Here are some of the fun pictures I've been taking with my new camera. I've been wanting to get a better zoom, smaller size (mine was small, but still made for really big pockets when I carried it around!), and a stabilizer for both the user and the subjects. Some little nephews around can make many a blurry picture! I'd love to get a nice SLR camera someday, but at this point being able to put it in my pocket for the day is my first priority.

Here was one of my last days touring around. I was out doing some errands and decided to head down to the Shoreline area of Long Beach one last time. You've seen this lighthouse before, in the dark, but here it is in the mid-afternoon sun. This picture is without any zoom. 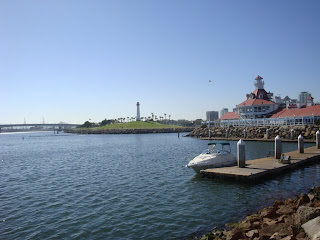 Here we are at my 5x zoom (already an improvement over the typical 3x zoom!).... 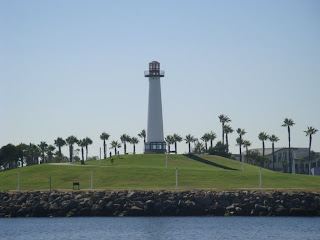 And here we are at the highest digital zoom, which usually doesn't turn out the best, but I happen to think this picture is pretty clear! 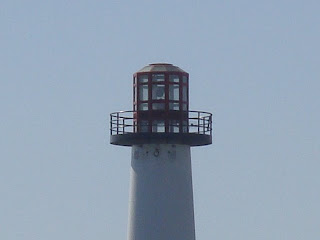 This picture shows the Goodyear Blimp that was flying overhead. 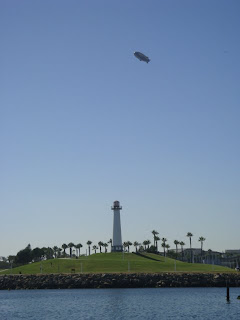 One of my first weeks of work I saw the Goodyear Blimp parked next to the freeway I take to work. Well, when I continued to see it parked there, I realized that it's actually at home here! I did a little research and found out that there are 3 blimps in the fleet right now, with bases near Miami, Florida; Akron, Ohio; and here in Carson, CA! It takes a pretty big field to house a blimp, and it's located right at the 405-110 freeway intersection. 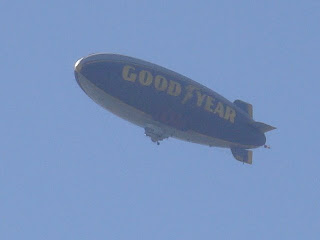 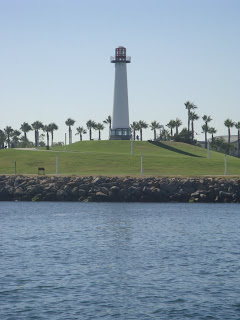 Here's the Queen Mary ship in Long Beach, an old war-era ship that's now a hotel. I never did get around to touring it, which I wanted to.... Guess I better come back sometime! I really took this picture because I love the couple fishing! They were pretty cute to watch! 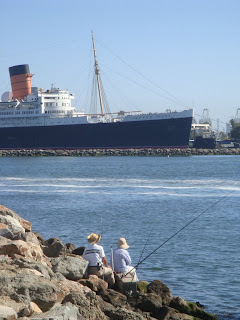 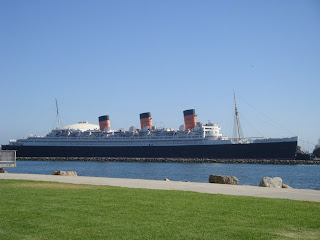 Here are some of the artsy pictures I took at the beach the day I was with Ronda and Brian. It was fun to explore my camera a bit, and see how the light played with the pier posts. 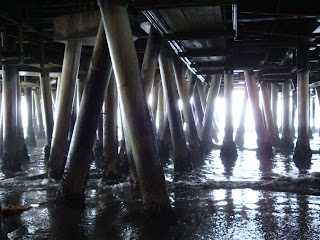 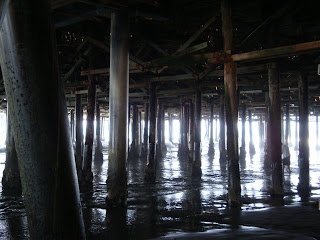 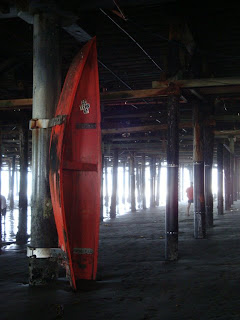 You can see why movie/TV people love dusk and call it the golden hour. It's definitely the best lighting! 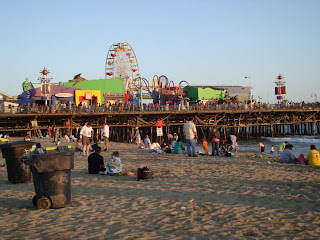 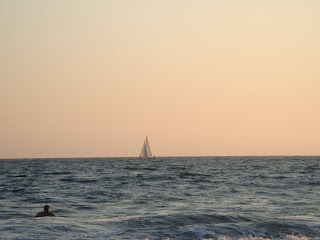 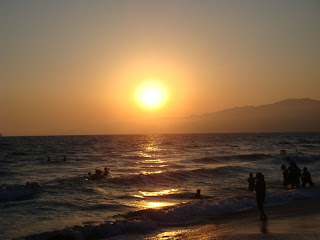 Such a bright reflection! 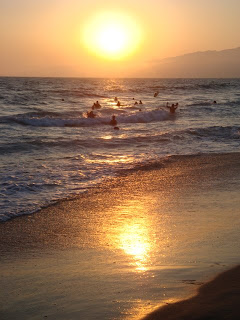 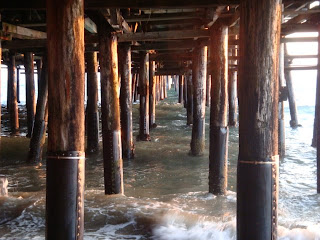 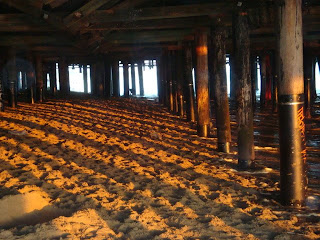 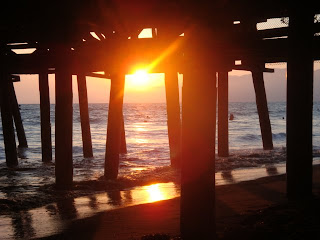 There were a few birds playing around under the dock. 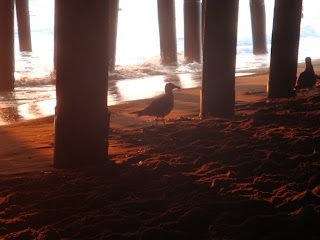 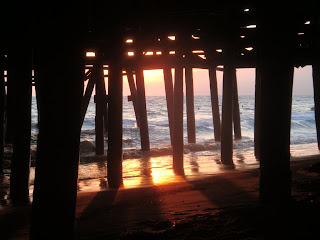 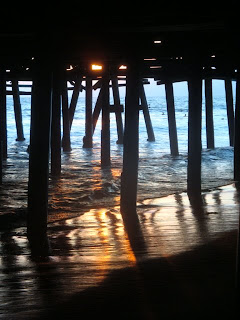 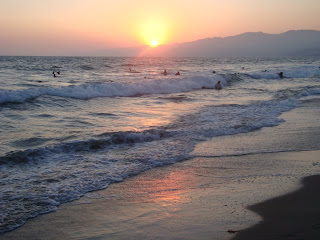 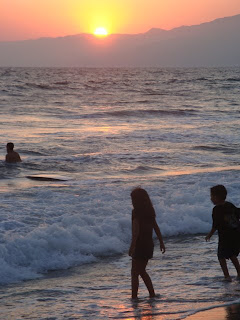 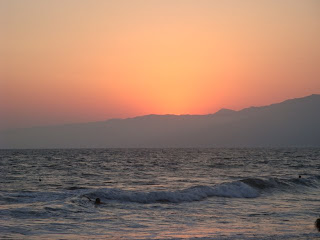 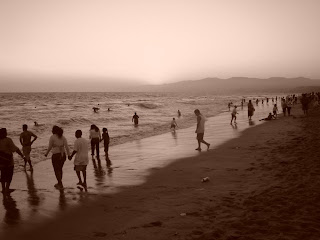 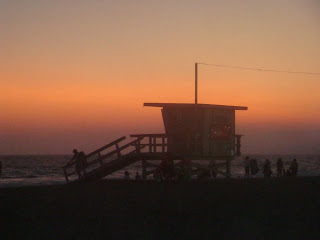 Cool, Kari! I've also been thinking about getting a new camera. What kind did you get and how did you choose?

Great photos! I like what your new camera can do.

Great pics! you are such a good photographer- I know that you are going to get alot of use from your newest toy!

I ended up choosing a Sony Cyber-shot DSC-W150.

I knew I wanted a Sony because of the Carl Zeiss lens. I've learned that the lens really does make a difference and that this one is the best in small point and shoot cameras. Then, I just made sure it had at least a 5x zoom and was small. There's also a 170 that has 10 megapixels, but I knew that 8.1 megapixels was good enough for anything I needed, so I saved a few bucks that way! I like Sony's website getting to compare all their cameras side by side.

(Nope, not selling anything for Sony -just like their cameras a lot!)

Thanks for the info, Kari. I'll have to look at that model if I decide to buy a new camera. The one I have now is actually a camcorder by Sony. It takes excellent video, but the still photo option is too low quality to even bother using.

Your photos make me miss the beach! I guess we'll have to go back and tour the boat-hotel together. :)

It is all just so beautiful! I bet you will miss the water!!