I know you've been waiting for pictures from our house. Me too! :)


Actually, I had started this post back on July 12th, before we went on vacation to Montana, but then the "publish" button wasn't working for me for some reason. Now we have our house really pretty much all settled, but our data card for the camera broke (luckily just after I had downloaded pictures) . Once we can afford a new card one of the first things I'll do is take pictures of our house, settled in. If you haven't heard yet, Brent got layed off from his job (extreme financial difficulty at the company) and while we were told it would just be for one month, we'll see.


One good thing about his layoff is that he's made huge progress in fixing up the upstairs apartment. I haven't been able to take pictures during the remodel phase, but I have "before" pictures and we'll at least get something so I can take "after" pictures when we're done.


In the meantime, to tide you over, here are some pictures during the moving and getting settled stages. We spent a month moving little things here and there every day after work, and then at the very end hired help to move our furniture, some boxes, and of course, my piano. I was really nervous since I had only moved with the help of family and friends in the past, who I trust, but I have to say, it went very well! They wrapped everything so I wouldn't get damaged, and that alone was worth it! That, and the fact that our really heavy piano made it here in one piece! 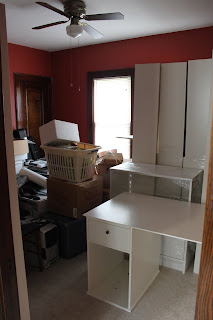 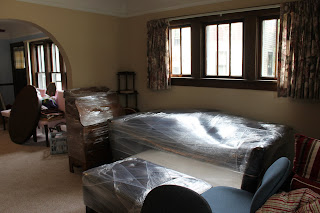 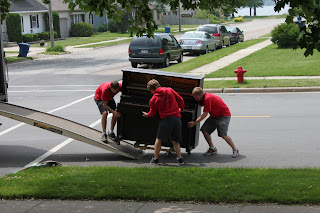 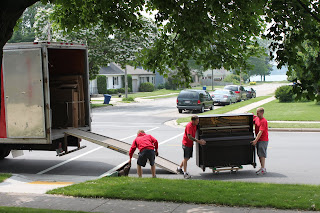 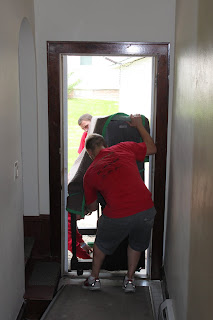 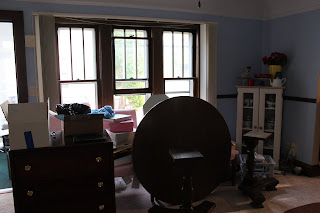 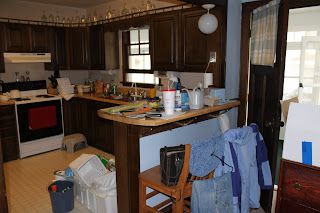 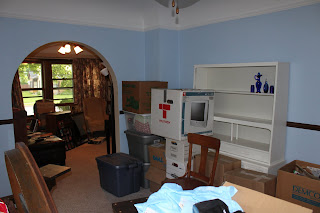 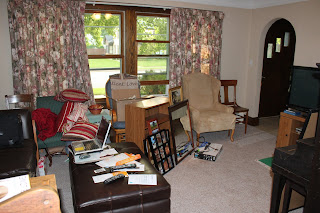 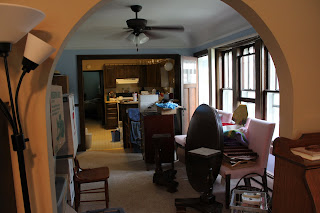 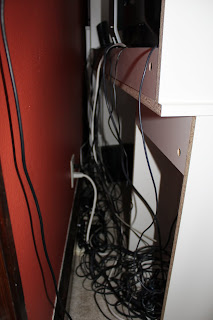 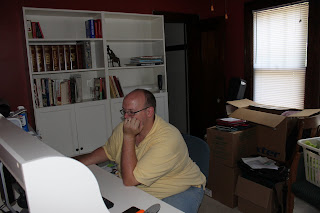 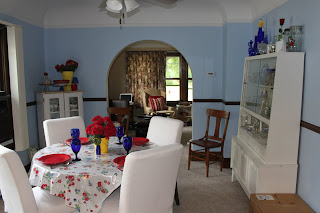 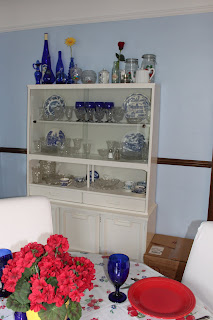 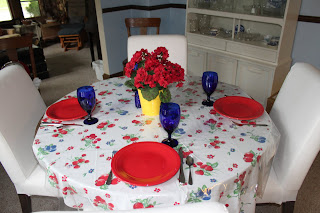 We've made huge progress since these were taken last month -with basically our main floor all settled. The only thing really left is the final decorating, getting things on the wall, etc. I'll be excited to show you what we've done!

The dining room is SO CUTE! I just love it!!! I can't wait to see the rest! I know you probably have it decorated so cute!

That is gorgeous! I can't wait for you to get a new card! I miss my Kari posts. I hope that you are able to get LOTS done on your upstairs apartment so that you can get some extra income! Praying for you guys!!

Great pictures, love all the archways,the dark woodwork, the light blue room and your table setting. I enjoyed this blog and look forward to more.

Can't remember what Brent does. If he is a computer "geek" maybe he can find something here: http://www.ruralamericaonshore.com/careers

Thanks for the update. I've been thinking about you.
-Krista

That is gorgeous! I can't wait for you to get a new card! I miss my Kari posts

Your house look so great.You must decorate it easily.Have a great decorate in home with different things.